That awesome TV show Fringe suddenly pops up on Netflix as now being available to stream live instantly immediately and RIGHT NOW.

After I came to, wiped the slobber from my lips and the disbelief from my eyes I slammed that puppy into my Instant Watch queue and GOT TO WATCHING. I mean OBSERVING. I mean ok… 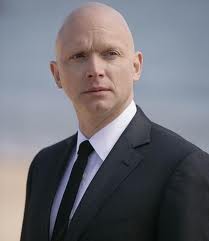 I went totes batshit cray when Fringe first came on. I was a television watcher back then (2008) but have since cut the cord. Halfway in between and within the midst of Fringe and so many other shows I had to sacrifice no less. The trade off was and continues to be worth it tho. Ask me sometime and I’ll tell you exactly WHY.

I loved the absolute HECK out that show. I so wanted to be able to continue watching it after I chopped out TV, so I hauled it up on Netflix. Sure I could watch it, but that would entail having well over 30+ discs sent to my home at the 2-disc tier I’m at – Heck No. Judging from the commentary in the reviews, I was far from being the only Netflix customer who felt that way.

So I waited. I figured that at some point before I died or before Netflix policied themselves into oblivion, Fringe would eventually become available on Instant Watch. Slow forward 4 years later and wow yeah – I’m in HEAVEN.

Mind you, the 5th season isn’t up yet, but that is not surprising, as it just ended a mere few months ago. In Netflix Time that season will be up and available to watch anywhere from 5 months from now to a year, if at all. They do get so neglectful on that sort of thing.

I’m rewatching it ALL from the beginning and SO looking forward to the stuff I never got to see, and just… WELL … words cannot express.

Most of the time I have to suffer through what isn’t there in order to get to see something awesome within the genre that I just ADORE. Fringe was one of those shows. I did love seeing a woman be the lead, but after Dana Scully – a kick ass Female FBI Agent with a complicated life isn’t exactly revolutionary television. But it was still cool nonetheless.

Even cooler x2 – ifyouknowwhatImean – Won’t spoil ish for anyone but yeah things got double delish and I delighted and reveled in it.

And I think of even yet another Olivia – one who is even more so kickin ass and takin names – and I’m thankful for her presence in so many ways and yeah I remember watching Fringe and imagining what if Olivia Dunham was a Black girl.

You watching Fringe? Did you already watch it ALL? Do you like Fringe? Hated it? Gotta Favorite Character? I do.

Did I remember to take my LSD today?

4 Responses to Fringe and Three Olivias