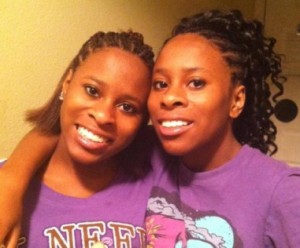 In my previous post about Kiera Wilmot, I suggested everyone wait until there was an actual official Legal Defense Fund set up by the Wilmot family and their lawyer.

And update on this article about Kiera says this:

UPDATE:
I had a very nice email from Marie Wilmot (Kiera’s Mom) today. It seems that the school board has relented, and Keiera will be allowed back to High School next year. The State’s Attorney has offered a deal but their attorney Larry Hardaway has rejected it because it still contains felony charges. There is a legal defense fund set up and the details from Marie are as follows:

We have set up an account at Fifth Third Bank, named, “Kiera Wilmot Defense Fund”.  Kiera’s attorney, Mr. Larry Hardaway, has confirmed one legitimate online account, I don’t remember the website, but it wasn’t indiegogo.  I started setting up an indiegogo account, as I was in the process, I noticed two others, the attorney was unaware of those two, I will contact the creators and see what their intentions are with the funds raised from these accounts. The  indiegogo account created by me, Marie Wilmot is ready for use.

I have found that link and it is RIGHT HERE. Please donate. Please pass it on and get the word out. I also suggest finding out about the Fifth Third Bank account and see if you can donate directly there if that makes you more comfortable.

I mentioned that there were other funds already started by people not affiliated with Kiera or her family. As illustrated in that article, her mother will be contacting those people. There was also a kickstarter one I found, and I hope they will be contacted as well.

One can hope that those people have good intentions and will be forwarding those monies raised to Kiera’s family/their lawyer. I noticed at the time I looked at those links, nearly 5K had already been raised. I hope that money gets to where it is supposed to be.

I don’t know what the process is with indiegogo or kickstarter and how that all works, but I hope there are things in place that would help to ensure that funds raised on someone else’s behalf actually get to that person.

If you know about how those fundraising entities work, please feel free to enlighten me.

Official Fund/Info for Kayla’s further education. (She is Kiera’s twin sister, equally as bright and with the same potential as her sister).

Also want to say this: The three people who decided to up and create those unofficial funds have only served to complicate matters. They may have actually done more harm than good.

I would like to think their hearts were in the right place, and they wanted to do something, instead of sitting around feeling helpless – BUT! It was not their place to do this.

This is a serious thing that has a child’s life in the balance. I might say it was a privileged way of thinking that would allow a person to think it was ok to take action in this manner.

To not even wait and see if the family was able to secure the legal help through which the funds would eventually be raised… well you tell me what that’s all about.