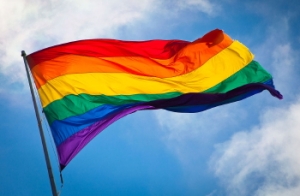 House of Commons Speaker John Bercow told lawmakers that the royal assent had been given Wednesday – the day after the bill to legalize same-sex marriage in England and Wales cleared Parliament.

The queen’s approval was a formality. It clears the way for the first gay marriages next summer.

The bill enables gay couples to get married in both civil and religious ceremonies in England and Wales. It also will allow couples who had previously entered into a civil partnership to convert their relationship to a marriage. (source)

My rainbow glitter tossing was tempered by two headlines next to the above article. One was about a gay teen who committed suicide, and another was about a prominent gay activist who was tortured and killed.

During my quest for more knowledge – as every good ally should – I have found that very many people in the LGBT community are neutral about the “gay marriage” issue.

Because there are so many areas where they have no rights, and slim to no protection under the law. I know those things are being worked on, but as you can see there is still a lot more to be done.

But for today, I will celebrate with the UK because

The USA is so very far behind in this. But I learned an important lesson yesterday listening to  TWiB Radio Podcast #450.

The laws and the government system of my country were not made for people like me. Anyone not landed i.e. wealthy, straight, able-bodied, white and male need not expect equal treatment under the law.

Harsh realities. But it was like puzzle pieces falling into place when I finally wrapped my mind around it.

Everything that I have seen, heard and experienced in this country during my life has shown it to be thus and the final scales have fallen from my eyes

I am Truly Awake Now.