I’ve decided to stop using the phrases: “Dirty Cops” or “Bad Cops” or anything along those lines. And I’ll tell you why.

The opposite of dirty is clean. Toss those dirty clothes into the washing machine and you’re good to go. Scrub that dirty spot on your carpet and voila! Toss some Mr. Clean on that sumbitch or Swiffer up that spill and you’re golden. Dirt isn’t that much of a huge big deal. It’s almost benign.

Same goes for bad. Something you say to your dog in a stern voice when he piddles on the rug. “Bad dog! No, no, BAD!” Also, let’s not forget the glamorization of the “bad boy”, or how you use the word bad for things that are mildly unpleasant and you bust the Thesaurus out when ish gets: horrible, awful, unbearable.

Dirty can be cleaned up rather easily in most cases. Bad can be trained to be good.

People that are supposed to not only be protecting and serving us, upholding the law, enforcing the law, are breaking the law, lying about it and hiding behind and within a system that protects them from punishment.

During the months after Mike Brown’s murder in Ferguson, I did some research on job descriptions for police officers in America. I took a sampling from PDs on East & West coasts, North and South and the Midwest states. Murdering civilians wasn’t featured on any of the job duties I studied.

That’s what they think they are, and when we call them on it and simply ask them to 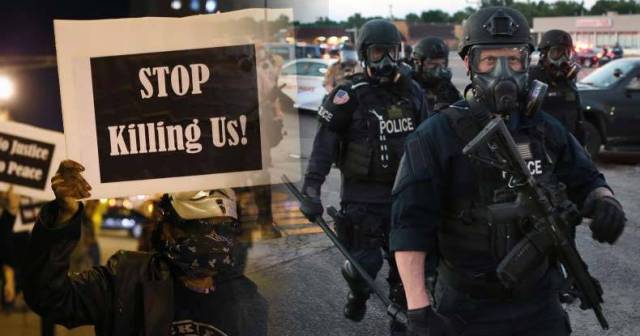 We’re still dying in the streets. Being MURDERED.

And if/when we manage to make into custody ALIVE we are found murdered in the squad car, the jail cell, the transport van.

So no, you are not a dirty cop or a bad cop. You are a fucking CRIMINAL and should be put UNDER THE FUCKING JAIL for your offences against the law and humanity in general.

We live in a society that puts those who know the law, uphold it and enforce it: above the law and seemingly not subject to it the same way we the everyday citizens of this country are. IT SHOULD BE THE OTHER WAY AROUND.

At this time I’d like to call out all the “Good Cops” I keep hearing about. You know #NotAllPolice are criminals. Really? Where the fuck ARE you? What’s the definition of a good cop? A police officer that manages to NOT kill a Black person whilst going about their daily duties? At this point, if that’s all you’re managing to do: YOU ARE PART OF THE PROBLEM.

You need to stand up, shut down your fellow officers who are breaking the law. You need to be actively making a stand. Speak out. CLEAN HOUSE. Get rid of ALL those “bad apples” that are “ruining your bunch”. Step up like THIS officer did:

You might get fired. Lose your pension. You might even get punched in the face like Officer Cariol Horne did. But so the fuck what. You’ve stood by for DECADES and now this is what you’re up against because you let it ride and were A-OK just as long as you could look family and friends in the eye knowing that you aren’t like those “other officers”.

Cops that do nothing: Are part of the problem, so until I see the majority of law enforcement officers standing up and shutting shit down: #YesAllCops.

Lastly, if you don’t think there’s a problem with police killing Black people at just terrible, horrible numbers AND getting away with murder I submit to you THIS LINK (<–yeah click dat) for your perusal.

Of note – and this is still giving me nightmares – even though I was well aware of the stats, it just sunk into my psyche seeing there in black and white for all the world to see:

In 2015, FOURTEEN police departments in major cities around this country that were responsible for extrajudicial killings…..100% of their victims were Black. One Hundred Percent. That’s EVERY single person they murdered last year was a Black person.

You just finished reading my first blog post since May 7th, 2015. To say that I’ve had writer’s block is a gross understatement LOL! Please click the links on this post: They Are Important. As per my awesomeness they’ll open up in a separate tab for your convenience :)

I know you’ll forgive the rambling nature of this post, my Beloved Intersect Tesseracts; and I may tighten it up later on, but I just wanted to GET IT OUT THERE because OMG I’M WRITING AGAIN!!

Tears spring to my eyes because iWrite.

iCry because Criminal Cops are killing my people.