We lived in “The Valley”, he and I. Our neighbors thought we were married. But we weren’t. We used to get a giggle about that, him being gay and whatnot. Out walking my little Yorkie, enjoying the Southern California sunshine, arm in arm. He was my best friend and we loved each other, so I guess people sensed a closeness that went beyond “just roomies”.

Then the towers fell. Over there so far away and the phone calls to the East Coast family to make sure… I was lucky. So many were not. This story isn’t about that because it isn’t my story to tell. Because, as I said. I was lucky. We both were.

I want to tell you about this young man. Hard working, a man of Faith and Family. We got to know him on our daily walks, because we’d stop in now and then on the way back and get a Slurpee or some snacks or items of convenience. I’ll call him Vikram (not his real name) and we got to know him and his family who ran this local 7-11 franchise.

I knew they were Sikh; Vikram wore his turban with is long hair entwined inside and they were good people. He was a happy person, and had a great sense of humor and adored my little Yorkie. Good people. Hard working Americans. I loved their openness and we always felt welcome there. I mention that only because of the drama and static we’d get in many other places – stores, restaurants etc – when perceived to be a WM/BW “couple”. Welcome to California.

A scant few weeks after the events of September 11th, we stopped in and I froze in horror. Vikram was behind the counter as usual, but he was horribly transformed. His face was swollen and bruised. He had bandages covering cuts, and had some teeth knocked out. Gone was his turban and instead he wore a baseball cap.

We asked him what had happened, but even as the words left my lips, my heart was sinking. We knew, we knew… He had been working like he always was and a white male customer had attacked him. Flew across the counter, grabbing him, beating and kicking him. You know full well what this man was screaming at Vikram while he was hitting him, so I won’t repeat it here. I could tell from just the injuries that were visible, that had not a family member been there to get the guy off of him: He very well could have been beaten to death.

I didn’t want to cry, listening to him telling us of his ordeal, but I couldn’t help it. This man was changed in other ways as well. Gone was the happy light inside him. He was… different. I remember my best friend and I apologizing, and saying we were so sorry that his happened and what could we really say?

I was so ashamed of my fellow Americans. We had watched horrible things unfold in the aftermath. The anger, the hatred, the whipping up of emotions on nerves already worn raw with mourning and loss. We’d already seen people with turbans, “arabic clothing”, hijabs etc, being attacked in damn near every city across America. I had nothing. I was hollow and empty and weary.

At that time I worked and took classes at Cal State Northridge. About a 30 minute bike ride from our place. I’d bike past the Sikh temple and admire the brightly colored flags and ribbons fluttering around the archway entrance. All that was gone, however. Replaced with draped American flags and red white and blue ribbons. My heart clenched to see this. I wondered how many others, like Vikram, had experienced attacks and harm coming their way. Having to use patriotic bunting as a shield against hatred aimed at their place of worship.

Ignorance, bigotry, racism. It flowed across this country and we drowned in it and went to war and killed and killed innocent people who had nothing to do with any of this. This is my story. This is what I remember and will Never Forget. This is why I hide away (as best I can) every 9/11 when it rolls around.

I can’t abide the forced “patriotism”. I can’t abide the bullshit. I can’t take people making this day so Sacred, that normal activities that go on without mention on any other day of the year, take on this false sense of significance and are scrutinized, commented and remarked upon.

This day is already hard for so many, for they have to remember those they lost. How on earth could they ever forget?

The tune this country is playing right now was written in the ashes and the dust clouds of New York City 15 years ago.

I won’t dance to it. I won’t sing along.

So I hide here in the southern sunshine of a different State and I Pray and Think and Hope. 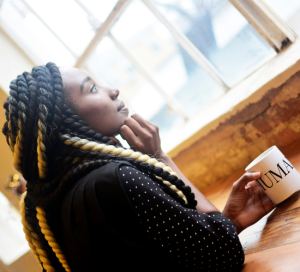 3 Responses to The Aftermath