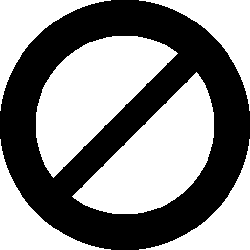 I sit here on this day of celebration with a broken heart and a body filled to the brim with helpless rage. We might not be slaves anymore but we are by no means free. As my mind buzzes and seethes beneath its layer of medicated calmness I try to Self Care; to make sure I don’t have a breakdown. So I write. This post might be therapy for me, but it may also serve as a clarion call for Change. For a nation that is simultaneously broken and working just as it was meant to work. Universe, give me the strength to make it through, for I am in dire peril as my country burns from within and our communities run with the blood of our Mothers, Daughters, Sons & Fathers.

A few months ago I had a short conversation with someone on Twitter. I had been interested since Ferguson in exploring the idea of police reform. I’ve since given up on that notion, and I had been tweeting out #Abolish and #Dismantle hashtags on the latest travesties of what masquerades for law enforcement and justice in this country. A follower asked a question that I had been thinking on for about a year:

I still find even after 4 years (yes, today is my 4th Twitterversary too) that I still have difficulty speaking on complex subjects within the confines of that platform, but we did exchange ideas on the subject, briefly. Mostly, I don’t know what that looks like. But I can tell you what it sounds like to me: Freedom. Freedom from senseless murder of our children. Freedom from having our families torn asunder. Freedom to prosper and grow and live our lives without the specter of death just only a phone call away. Freedom from having to watch murder after murderer walk free with no hope of justice. Something I might tackle in another post – the judicial system – but for today I’ll leave you with a question: Why are we the only developing nation that still uses a “Grand Jury” (used heavily to non-indict police officers in extra-judicial murder of Black people)?

Dreaming about what that might be like is one thing. To sit down and think it through is another. What I can tell you right now, the police – departments, individual officers, law enforcement as a whole – are basically useless when it comes to the Black community & Black people as individuals. They are a murder machine. They protect no one. They only serve themselves. They are the Ku Klux Klan in blue uniform. They are the modern day Paterollers. (See Oakland PD “Rough Riders“).

Interesting that in almost all the articles on the “Riders” they are called “rogue” or “renegade”. The behaviors of that group of officers is not outlier. And it certainly wasn’t unknown to those in the department, from the top down. Their behavior by default had to have been condoned. The only reason they ended up being brought to task was due to a rookie police officer, new to the department, reporting them and kicking up a fuss.

Your surprised face when I tell you that subsequent reforms for Oakland PD flopped, the Riders were acquitted of all charges and ex-officer Frank “Choker” Vasquez (lovely nickname!) is still on the lam, he fled the country rather than face charges for his misconduct.

What are we supposed to do when the side by side actions of the police are so disparate? Hours long standoffs – sometimes months when it comes to white suspects. Watching police work like a well-oiled machine to bring a white suspect into custody alive. They are never murdered while handcuffed inside a police vehicle. Oops I mean committed suicide. They are never lynched in their jail cells – they always manage to make it their wrist-slapping court dates. Oops I mean committed suicide.

Charleena Lyles is dead. Murdered by Seattle police yesterday. Her crime? She called the police to report that her home had been burgled. They showed up and shot her in front of her three children. What are we supposed to do when the very people we are supposed to call to help us are our murderers. Why do we not get to rely on the system that is supposed to protect and serve? Again, I say, they are USELESS.

Imagine if you had to think twice, before calling for help. A Black family called for help, they lived in an upper apartment. A family member, a Black woman came down to hold open the security door at the ground floor to let the police officers in. Did they tip their hats and say “Thank you ma’am” as they entered and went upstairs to help? No they shot and killed her. Also, no charges brought for the officers that murdered Korryn Gaines as she held her son.

The list goes on and on in a never ending stream of murder and mayhem with no accountability on top of it all. How are Black people supposed to live under these conditions? When there’s nobody to call for help. Well maybe there is. Maybe we have to find ways to help ourselves.

There is no police reform that will stop police from killing us, our only option is to abolish the police state. #CharleenaLyles

Black People: don’t ever call police. They will come to “help” you, kill you & say it’s your fault for being near them. They’re shameless.

Again to the question of what that might look like. Setting up local hotlines – like suicide prevention hotlines or behavioral health warm lines – so that we can come to the aid of our fellow community members and solve problems ourselves. When the alternative is almost certain death: What would you do?

It is a possibility. I don’t know what setting up a 24/7 hot or warm line entails. I did a quick Google search and it seems the suicide prevention hotline model would be the place to start. You can read up on that HERE or do your own more in depth search/research. I’m mentally ill and my impairments are behavioral and I get side effects from that and my meds that manifest in my physical body. I am on disability. I can only do so much with just me what little resources I have at hand. So the idea of setting up, running, maintaining something like this is daunting.

But it IS possible. It is something to think about. Just like how we set up The Negro Motorist Green Book (1936- 1966), we can do this too. Excerpt:

African-American travelers faced hardships such as white-owned businesses refusing to serve them or repair their vehicles, being refused accommodation or food by white-owned hotels, and threats of physical violence and forcible expulsion from whites-only “sundown towns“. Victor Hugo Green founded and published the Green Book to avoid such problems.

The Black Panther Party protected the Black community In Oakland back in the day. Saw to the communities needs in safety, health and education, when the powers that be ignored us and allowed us to be preyed upon. We have 100s of groups and orgs nationwide that maybe we could bring to bear to make this happen. I’m in despair right now and I don’t know what to do. But I know that I’m desperately tired of being at the mercy of these lazy, lying, criminal, murdering cops.

We have gathered in coalition to help save ourselves and we can do it again. Maybe I’m not the one to lead on this. I know there are so many out there who can. Even more out there like me who can and will do everything we can to support. I don’t have any answers. I have thoughts, suggestions, ideas.

All I know is that something MUST be done and now here comes the hard part. We as Black people simply cannot do this alone. Whatever the “this” ends up being. Otherwise we would have ended the murdering already. It is going to take white people to become as angry and use your considerable numbers, power, influence, platforms, privilege and voices to get this done. That is the basic bear bones reality of the matter.

If you need to have a place to start I suggest looking into Safety Pin Box. It will help you be more effective in your support of groups and individuals in the Black community when you gather in coalition to take action. They will give you the tools you’re going to need. It is going to take work, and you will have to challenge yourself time and time again, but I know you can do it.

The other bare bones reality of the matter is, this will end up on your doorstep eventually. In some cases it already has. Take the incident of white teen Zachary Hammond who was murdered by police. This article’s headline asks a very important question: A White Kid Was Killed By A Cop And No On Took To The Streets. Is That A Problem?

I remember this case because I only heard about what had happened to Zachary from Twitter via the Black activists I follow including members/founders of the Black Lives Matter org; Who btw were blamed by Zachary’s family lawyer for not caring about him and doing nothing ie that taking to the streets thing and hashtagging Zachary’s name.

Interesting that an organization that has been fighting for Black families when nobody else even CARED hence the name of the org, gets blamed for lack of response. WHERE WERE ALL THE OUTRAGED WHITE PEOPLE??? And really, why is always up to Black people? We were out there marching and kicking up a fuss for our own – where were YOU when it came time to march for yours? There are most likely a lot more Zacharys out there, but hey they probably didn’t even make the funny pages because… well maybe that’s something for the white community to look at and delve into as they do this Work.

Btw, no charges brought for the officer who murdered Zachary. Maybe now is the time to get practiced in civil disobedience, activism, and coalition building.

Where do I go from here? Because at the end of the day this post was written as means to help me hold onto my health and not end up hospitalized. I’m on my emergency meds as it is because this is every day and cumulative and as I stated before I’m in a helpless rage and my heart is broken.

I can keep writing through this block that chokes my thoughts and words and renders me near comatose because I don’t know what else to do. I don’t have the luxury of feeling everything I feel because I need those medications in order to function. They dampen me, but like a local anesthetic shot, the pain is still there in my body even if I can’t feel it directly. And its taking a toll on my Mind Body & Spirit.

Police, police departments, police officers are useless to us. They bring harm and death. They don’t help. They get away with murder. We have to find ways to help ourselves. We are all we’ve got right now.

I usually put parting words or thoughts here at the end of my posts. Its tradition. However on this Juneteenth day of celebration, I got nothing. Perhaps a poem?

The weight on my heart pretends to be a function

So used to it I barely notice as it re-shatters

I pull myself together, I hope again and live

It sits there waiting for the coalescing to finish

How resilient this organ! When I only wish

It would stay in pieces and give me a moments respite

A peace. Time to breathe. Let me stand among the shards

And not make haste to rebuild.

2 Responses to Abolish The Police